A patient in his mid 40's presented to the dentist with a periapical lesion on tooth #11.  An x-ray of the treated endodontic lesion is below.

Subsequently the patient developed a communication between the apex of the tooth and the oral cavity.

At the time I met the patient the entire labial plate of tissue was gone.

A scan reveals  that tooth #11 is sitting facial to the buccal plate.  I imagine this tooth had a severe buccal dehisence before the endodontic lesion developed.  Since there was very thin of lapse in labial bone, the lesion just traveled through the tissue into the oral cavity.

You can also visualize the apical lesion that communicates with the lateral #10.

It is obvious that tooth #11 has to be removed.  The following questions arise.

1)  Is it possible to develop tissue over the extraction site?

3)  Should tooth #10 be extracted for possibly a site for an implant?

4)  If an implant is not possible in this area, the fabrication would have to extend back to the bicuspids      and the anterior of several teeth.

At this point the vitality of #10 will be evaluated.  If it is non-vital endodontics may be suggested.  Follow-up to be shared.

It is highly unlikely that an implant will ever be placed in #11.  At this point the outcome remains to be determined.

A patient in his 50's presented with a severe periodontal defect in tooth #12.

The patient had other areas of periodontal disease in his dentition.

The discussion focused on the management of tooth #12.  It had severe bone loss on the mesial and buccal.

Although one of the concerns we had was this patient's proclivity at an early age to develop periodontal disease of such a severe nature which made us concerned about implants.  His father had lost most of his natural teeth was currently in the process of having them replaced with implants.

The patient requested that we try to treat this tooth.  As you can see in the photograph, there was loss of the mesial bone as well as the facial bone, except for a small island on the buccal.

This is a difficult site given the loss of the facial bone when the tooth was extracted, so perhaps attempting to treat this tooth was an appropriate approach.

An allograft was chosen, combined with morphogenic plasma with PRGF, and two membranes were placed.  Surprisingly, the pocket disipated and the radiograph with the gutta percha point indicates that we appear to have gotten much of the bone repaired and the pocket eliminated.

I could have always taken this tooth out an placed an implant, but in this case it appears that by not throwing the baby out with the bath water we perhaps preserved this tooth for the forseeable future.

I do appreciate, as always, your feedback. 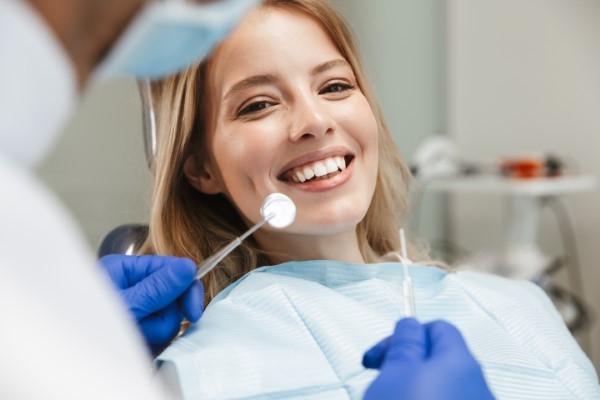