As a young periodontal graduate student four decades ago, I was introduced to Dr. Leonard Hirschfeld. His father Isador was the first periodontist; before we had a formal specialty, he limited his practice to treating periodontal disease. His practice began in 1919. In 1935 he wrote a book called The Use and Abuse of the Toothbrush. It's interesting how so little has changed.

Every patient who comes to my practice, in fact every patient that I've ever met, brushes their teeth except for one. A sergeant in the Army when I was a Captain in the Dental Corp stopped brushing his teeth in 1945. His front tooth was chipped in the battle of Iwo Jima and I met him 30 years later. He had not brushed his teeth for nearly 3 decades. He was the only exception.

So what is this about tooth brushing and the fact that everybody who has had tooth decay and periodontal disease brushes their teeth. It is that it is not just the act of brushing one's teeth or what kind of brush one uses but rather how effective one is in removing bacterial plaque.

In my earlier correspondence, I indicated that bacterial plaque forms on the teeth within 12 hours. That's why we suggest Waterpiking on a twice-a-day basis. Similarly, plaque that forms at the gumline also forms within 12 hours and therefore effective toothbrushing is intended to do the same thing a Waterpik does; in this case remove the bacteria at the gumline. However, as I mentioned earlier, it does not effectively remove the bacteria between your teeth..

That being said, it is learning how to use a brush effectively and how much time is spent which are critical to the outcome.

I did a little study on myself to see how long it took me to effectively brush the gumline of all my teeth of which there are 28. Using a stopwatch, I noted that it took me approximately 2 minutes to brush every surface of every tooth. I observed how many strokes per minute l generated as I brushed 2-3 teeth at a time. Just as an aside, I use a Radius manual toothbrush (a large toothbrush). I gave up my electric brush and other brushes because I found the Radius reached the gumline more effectively than any other brush and because of its large size, it covers more teeth at one time. By generating 170 strokes per minute which means rapidly brushing and doing it in a rigorous manner, I was able to accelerate the process so that it took under 2 minutes. I was careful to hold the brush in one spot starting on the upper right, on the inside (palate) side and work my way around to the upper left side in the palate. I then repeated the process on the lower left on the inside and working around to the lower right. These surfaces on the inside of the mouth are often the ones that are missed by most of us for reasons I will address later,

Once I finished brushing the inside of all my teeth, I brushed the outside (cheek-side) in a similar fashion beginning on one side and worked my way around.

I'm committed to using the Waterpik twice a day and along with this method of brushing has rendered me plaque-free for years and I must reiterate that I came from a family where there 12 teeth possessed between both of my parents and one parent had all 12.

1) The key is to keep the brush at the gumline, not at the top of the tooth but at the junction of the tooth and the gum tissue. That is where plaque first forms.

2) For some individuals, it's just a matter of mastering their technique and knowing exactly and explicitly where to place the bristles of the brush. Time is important. Brushing 2-3 teeth at a time and keeping the bristles there for 15 strokes and rigorously brushing is necessary.

3) The brushing technique should be a scrub technique; something that was abandoned years ago because the bristles were much firmer and could cause recession. The newer brushes have softer bristles that will not cause gum recession but can effectively remove plaque if used with a very rapid scrub technique.

4) Electric brushes are often necessary for individuals and preferred by many. Again, the bristles must be kept at the gumline; and in my case for a count of 10 before you move on, covering 2 teeth at a time. I want to reiterate that the biggest failure of the electric brush is that is that it is being moved as it's being used instead of staying in place. It only works when it's standing still. It is not a brush.

The key point is that the brush must be kept on the gumline on the inside of the upper and lower teeth; the areas that are often missed.

5) Finally, for many patients, gagging can be an issue when they brush the inside of their lower teeth or the palatal surfaces of the upper teeth. In the lower, if you relax your tongue so that it doesn't push against the bristles as you move the brush up to the top of the teeth, you will be more effective. Just be aware that for many of us, we have to fight with the tongue so instead of fighting with it, relax and let it just be passive and you'll have an easier time reaching the gumline.

The palate is also an area that triggers gagging: If you breathe through your nose while you brush your teeth, it may eliminate some of this but be aware that you must consciously relax particularly your tongue as you do this.

1) It's not the brush; it's the brusher and the technique!

2) Time matters. It takes me just under 2 minutes doing this very rapid brushing. It may take you more time but a minimum of 2 minutes is required by most of us.

3) Changing brushes regularly is necessary. I prefer the Radius toothbrush, the large oval brush, because it reaches the gumline more readily. In any event, brushes wear out if they are used twice a day within 3-4 months and for some of you, sooner. They are disposable unlike teeth.

As usual, i appreciate your comments. 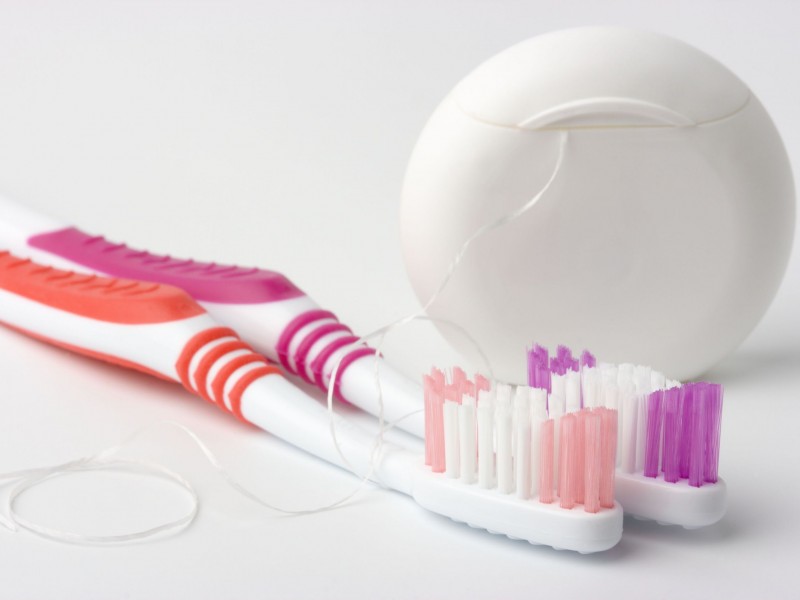