The good news if there is any in this pandemic is that the American dental Association has reported that through the end of June less than 1% of dentists  have tested positive for covid 19. This is important because prior to recognition and implementation of the multitude of safe practices in our profession, dentist were particularly susceptible. I have had numerous colleagues who were infected and seriously ill beginning in March. So it is obvious that in  a particularly vulnerable population practicing safe and effective measures can prevent transmission.

This is very much in keeping with a population of Taiwan which I mentioned be earlier, where only 7 individuals out of a population 25 million have succumbed. Their economy is fully opened as are their schools

There is good news on the airline  front. A recent scientific experiment using a  human dummy model exhaling an  airborne  fluid into the cabin of an airplane for several hours revealed that the air filtration in the plane remove within seconds, 99.9% of the exhaled particles. In addition, excluding the early months of travel in February or March and April the incidence of individuals becoming infected on airplanes has declined markedly. Wearing a mask, social distancing and screening passengers has made a tremendous difference. That does not mean that taking off a mask off while sitting next to a stranger while you eat or speak might not prevent  exposure from  an infected individual but it does indicate that flying is not as risky as was once thought. However the question is where do you go  right now, with  possibly ,Taiwan and New Zealand being the only safe destinations.

There was some disappointing news on the treatment front. A recent study involving 30 countries and 11,000 patients  revealed  that Remdesivir failed to significantly decrease death from: covid 19 as did another study fail when  combining the antiviral drug with hydroxychloroquine. At the same time numerous countries and companies are racing towards and effective vaccine. Johnson & Johnson is the second company that had to halt its study due to a serious complication. In the past vaccines took years to develop because of the need to show true efficacy and minimal risks. Hopefully in our urgency to stem this scourge, we do not throw caution to the wind.  Another head wind to  the effective implementation of a vaccine is the expressed reluctance of many to become vaccinated. Our society has become distrustful of the politics of the virus as well as the associated science.

One of the questions we do not fully understand is whether exposure and recovery provide long standing immunity. In the last few days the third confirmed reinfection of a patient who was previously ill and completely recovered was reported and confirmed. There have been individuals for whom the disease never completely disappeared but that was not the case in these patients. My secretary who was very seriously ill in March has been concerned about this issue. I have tried to allay her fears but the issue of permanent or long-term immunity remains a question.

In a recent interview the head of Northwell health clearly proclaimed that  the more important than a vaccine or the current treatment modalities is the need to wear a mask, social distance and avoid large gatherings. With that in mind we should all be reminded of the wise and meaningful admonition , we are all our brothers keepers. 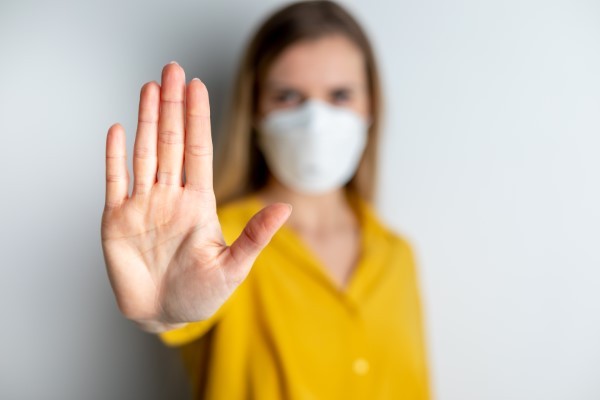