RUMINATIONS ABOUT COVID-19 AND HEALTHCARE

Many of you who are reading this will have been fortunately vaccinated.  As Covid-19 cases and deaths have decreased enormously in our area, new concerns have been raised regarding the Delta variant.  This is particularly an issue in parts of this country in which vaccinations are not at the level of those in the Northeast and on the West Coast.  There is still concern among epidemiologists about whether or not Covid-19 infections will be eradicated or whether this will become an ongoing issue, perhaps a more serious version of the flu for those who are not vaccinated.

Interestingly, I just got a notification from my son's college that no student, no faculty member, nor any employee will be allowed on campus in September  who is not fully vaccinated.  This has been happening at universities and institutions around the country, but at the same time opening up a can of worms among those who oppose this standard.

In Florida the governor opposes any attempts by cruise lines to require vaccinated passengers.  Vaccine passports are seen by some as an intrusion upon liberty.  Public school districts are struggling with the issue of whether all teachers should be vaccinated, as well as all teenagers.

This all leads us back to the struggle between individual rights and societal rights.

From where I sit, vaccinations are not only to protect yourself, but are most importantly protecting others who you might infect.  It reminds me of a great quote by John F. Kennedy during his inaugural speech when he said "ask not what your country can do for you, ask what you can do for your country".  Words like that today would be lost on the ears of many Americans.

In an earlier blog about my virtual angiogram I discussed that it revealed, fortunately, that I am free of any atherosclerosis.  I urged my son who had had bypass surgery at the age of 40 to have a similar virtual angiogram.  He's been monitored for the years since his bypass and everything seemed to be copasetic with a cholesterol reading of 85, good cardiovascular fitness, and a diet that is almost entirely vegetarian.  He underwent this test and much to his surprise and consternation,  it revealed that there were atheroscopic changes in his vessels.  He subsequently underwent an angiogram where a stent was placed in one of the arteries.  It was noted at the same time that one of the bypasses had closed.  This was despite excellent monitoring every few months by a cardiac department of a major medical center.

It is obvious that external monitoring without either an invasive angiogram or a virtual angiogram will very often give false negative outcomes. This virtual angiogram may have saved my son's life and hopefully many of you who read this will follow through on your own end.

Interestingly, my son's experience regarding the angiogram and the economics surrounding it were quite startling.  He was in the hospital from 9:00 in the morning until 9:00 in the evening.  The subsequent angiogram and placement of the stent took approximately an hour and one-half.  The rest of the time he stayed in his room to make sure there was no bleeding.

This brings me back to the issue of healthcare in America, the cost thereof, and our failure to prevent and intervene early.

I decided to look into the Canadian healthcare system.  I have a number of friends who live in Montreal and asked them what their thoughts are about their healthcare system.  They were almost universally positive and saw healthcare as no issue in Canada.  They pay a slightly higher tax rate than we do.  That higher tax rate provides them with healthcare and educational costs which are a fraction of what we pay in the United States.  I am not here to discuss the merits of whether the Canadian system is better for its inhabitants than the American system, but I will share with you that the average Canadian lives 2 years longer than the average American.  In a study comparing the outcome of stage 4 colorectal cancer in Vancouver, and an adjoining American city Seattle, they found that the outcomes were the same in terms of longevity of the patients, except that in America the cost was twice that of Canada.

We spend nearly twice as much of our resources on healthcare per capita as the Canadians do, with no seemingly demonstrated better outcome.  Yes there are waiting lines, which is a big difference between us and Canada, particularly for elective procedures.  My shoulder replacement which I requested and had done in December, was easy to schedule at my convenience and was done promptly.  In Canada I would have waited a much longer time.  However emergency procedures, or procedures involving cancer are treated as promptly there as they are here.

I looked further into the cost of healthcare between Canada and the United States and I came up with a couple of other interesting statistics.  The cost of education at McGill University, for my friends living in Montreal, is

Malpractice insurance in Canada, which covers all Canadian doctors, is provided by only one company that never settles, always goes to trial if there is a case that warrants such.  Only about 150 cases a year get that far.  In Canada, the loser pays, so if you bring a malpractice case against a physician or a hospital that doesn't have merit, you will have to pay the legal costs of the doctor or hospital.

A neurosurgeon in the United States,  I happen to have a friend who practices in Manhattan,  pays $350,000 per year in malpractice insurance.  In Montreal a neurosurgeon pays $24,000 per year.

Interestingly,  an orthopedic surgeon in Canada makes an average of $240,000 per year; his American counterpart makes about twice that on average.

Unfortunately in America the lobbyists in Washington, albeit the legal profession, the pharmaceutical industry, the medical manufacturers or the insurance companies all have enormous power in determining legislation related to healthcare.

Currently it is illegal for Medicare to negotiate drug prices while the Veterans Administration can do so.  This was brought about by a single senator twenty  years ago whose campaign was heavily supported by big pharma, introducing a bill that now remains on the books; one of many reasons why our drug costs are as high as they are.

When I questioned my Canadian friends as to why life in Canada seems less tumultuous than it does in the United States, they shared with me that two issues are not part of the conversation in Canada.  The cost of education and the cost of healthcare.

On a final note, there has been exciting research that is now in stage 3 clinical trials using some of the drugs that used to be psychedelic to treat post traumatic stress syndrome as well as depression and other forms of mental illness.  Thus far the results have been extremely interesting and perhaps represents a breakthrough in the management of various mental disorders.  It seems that patients with careful supervision under which the medications are delivered in a hospital environment, and the patients also receiving traditional therapy, has resulted in many patients who had intractable, untreatable post traumatic syndrome returning to normal.  It seems the psychedelic drugs are able to trigger the release of hormones in the brain which allow the patient to lower the level of anxiety so that talk therapy can now be  heard for the first time by the patient.

These drugs were banned in the 60's and 70's because they got into the general population but that does not diminish the fact that they may be an effective alternative and improvement on current management of mental disease.

Along those lines, my final comments relate to a book that I am currently reading called Empire of Pain.  It is the story of the Sakler family which introduced Valium and Librium into the psychiatric community and ultimately was responsible for the marketing of Oxycontin, the drug which became the poster child for drug overdoses in the United States.  Lost in the enormous focus on Covid-19 has been the fact that 80,000 Americans died last year of overdoses.  The sum of the contributing components of this ongoing epidemic are revealed in this very powerful and incisive look at how we got here as it relates to one particular drug.

As I related in other emails I have had six patients lose their children, a number of which got started with drugs that had been prescribed either a physician or a dentist.

My profession and the medical profession are finally becoming educated and aware that pain relief does not require narcotics. 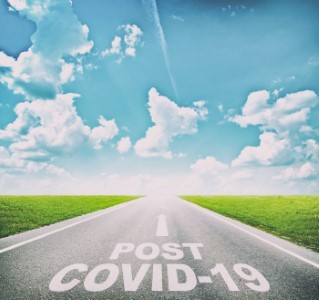